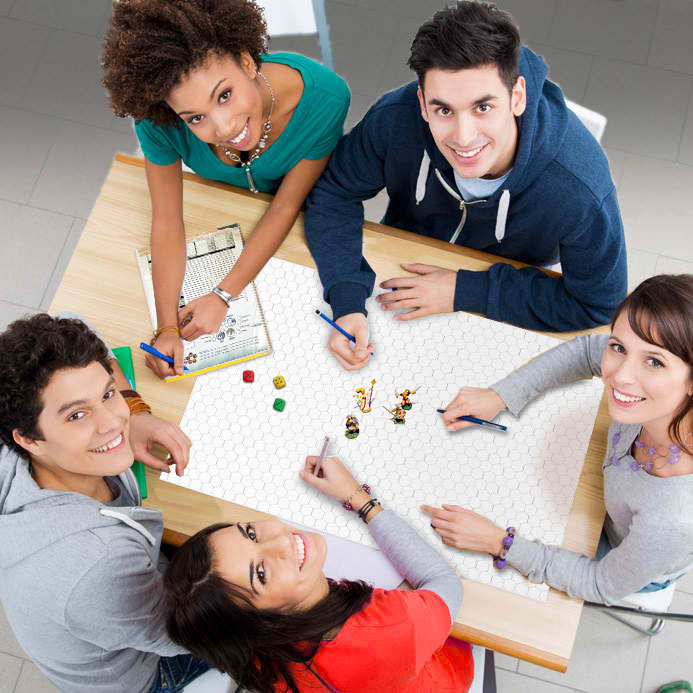 )1 We get money for purchases on Amazon. This GAMERBOARD was made by gamers for gamers. Ideal for all tabletop miniature games and roleplaying games (RPG).

It keeps all magnet-pawns in place. Use the colored magnet buttons as game-pawns or glue neodym-magnets to the lower side of your own game-pawns.

The cover sheet is writable with whiteboard-markers.

Draw additional details on the maps without damaging the maps.

and others. Put a grid over prefabricated maps or your own drawings. The transparent sheets protect the maps and are writable.

Like five years ago, I am giving aways some of the physical stuff I still have left from Gamescom visits. It is all related to games, but some of it has been gathering dust for some time and the T-shirts are because of this in need of some washing and ironing....

Game Wisdom hosted a stream where the legacy and future of Star Control was discussed by the series creators Fred Ford and Paul Richie. The video starts at the 3:40 mark. loading...

Grinding Gear Games posted an update about the launch of Scourge. Another update revealed the Atlantis Mystery Box, a series of cosmetic effects obtainable through microtransaction. How Scourge's Launch Went Over the weekend, we launched Path of Exile: Scourge and were thrilled by the number of people who joined us for launch day....

PCGamesN reports on a studio purchase by CD Projekt RED of The Molasses Flood who are ex-Bioshock people.

In a statement today, The Molasses Flood announced that it was joining CD Projekt. Buying an indie studio is an unprecedented move for the studio behind The Witcher 3 and Cyberpunk 2077, which normally builds all of its projects in-house &ndash;&nbsp;from its biggest titles to smaller games like&nbsp; The statement and accompanying tweet also confirmed that this meant the formerly-indie studio is building &ldquo;a completely new game in the universe of an existing CD Projekt IP&rdquo; &ndash; meaning The Witcher and Cyberpunk....